Pay Me Now or Pay Me Later – Emergency Management, Once Removed, November, 2017

Pay Me Now or Pay Me Later… 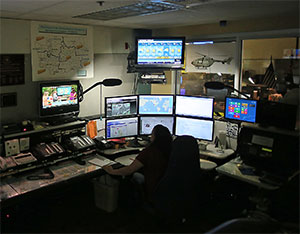 My late father used to have a saying in my youth, often invoked on my way out the door for a date: “If you want to dance, you have to pay the fiddler!” I knew exactly what he was conveying.

That reminder applies as well to national emergency management in specific, and our national discourse in general with respect to preparedness, mitigation and recovery planning.

Elected officials would do well to face the music concerning investing in proactive emergency management. For example, this state’s emergency management division (Washington EMD) is carrying an unconscionable number of staff vacancies, at the direction of the Executive and with the complicity of the entire state legislature and is at its “fully understaffed” level only four days a week. To. Save. Money. Not. Protect. The. State.

Then again, maybe that BIG earthquake will occur conveniently when all hands are on deck, at midweek. Or, maybe not.

The financial challenges posed by recovery, and the challenges of instituting post disaster mitigation are real. Congressional and Administration are bemoaning the literally billions of dollars it will take to simply restore parts of Texas, Florida, the US Virgin Islands and virtually all of Puerto Rico to their original vulnerable condition. Texas Congressmen (emphasis is deliberate if admittedly uncalled for) are complaining that helping American citizens in Puerto Rico is somehow less important than providing similar assistance to American citizens in Texas!

That hypocrisy aside, in each of the areas mentioned above a massive appropriation and recovery /restoration process should be launched, by Congress with the support of the Administration. In addition to rebuilding damaged or destroyed areas, an assessment of the viability of returning to impacted areas should be required. Restoration projects should have conditions; all rebuilds must include major mitigation efforts. Relocation to less vulnerable areas needs to be subsidized, and incentivized. Infrastructure needs to be hardened to make it much less susceptible to natural disasters in the future, thus reducing disruption costs in the future. Replacing damaged communities with cutting edge infrastructure has the potential of making a recovering community more attractive to new businesses. The cost and bulk of the risk should not be placed solely on low income or even middle-income folks who were permitted to establish homes and businesses in vulnerable areas. Post-disaster reconstruction offers a huge opportunity to ensure social equity issues are addressed.

Expensive? Yes, but the consequences of doing nothing are both expensive and negligent. An outstanding emergency manager once said “it’s not that we make mistakes in government, it’s making the same damn mistakes that is indefensible!” Simply rebuilding “the way it was” before the disaster is one of those “damn” mistakes.

A national restoration and mitigation initiative is necessary, but not solely on the federal dime. Local and state officials often speak of “leveraging” federal dollars, which often translates as relying almost exclusively on federal largesse and minimizing local or state investment. But, like those feds, they also took an oath to protect the people, economy, and the environment of their respective jurisdictions.

The “fiddler” will have to be paid, a lot, in Texas, Florida, US Virgin Islands, and Puerto Rico. The fiddler is playing for the rest of us right now: how much will it cost us to wait until the music stops before we have to reach into our own pockets?