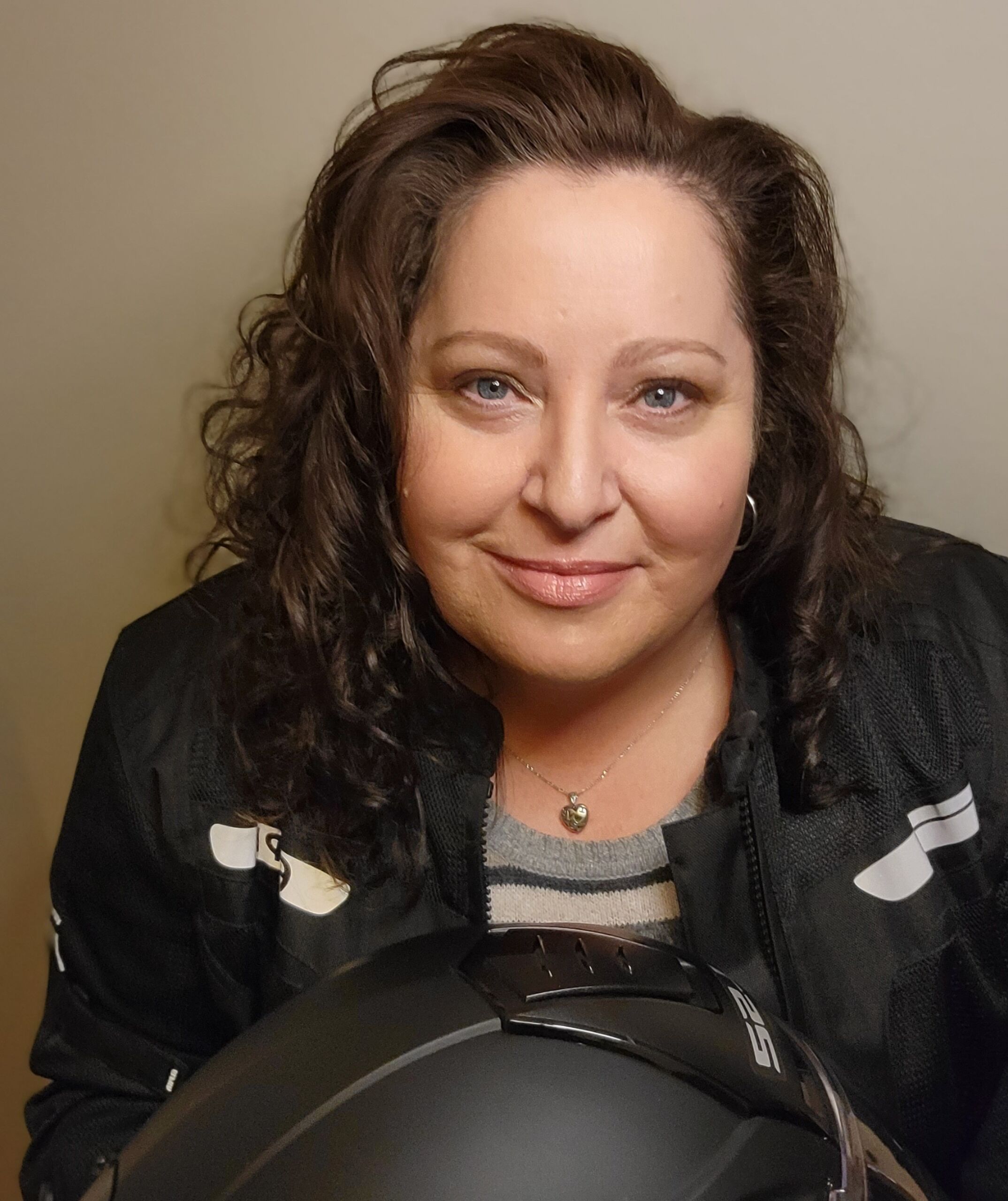 If I told you that a woman is an ardent motorcycle enthusiast, riding a 2016 Indian Scout 60 motorcycle every chance she gets, it wouldn’t lead you to assume she works in homeland security. After all, what’s the connection? Shannon Marheine says riding her motorcycle is a lot like her work in homeland security – she loves it, it’s fast, it requires paying attention to everything at the same time, you can’t phone it in, you’re never a passive passenger on the ride, and you’re always anticipating whatever obstacle or danger might be on the road ahead.

It is hard to imagine Shannon ever phoning anything in. It certainly isn’t how she became Deputy Director of the Fusion Center and Manager of the Analytical and Criminal Investigation Services Section for the Oregon Department of Justice. She’s an energetic woman. She talks fast. She’s action oriented. Her effervescent personality is somewhat unusual in the sometimes taciturn world of homeland security. But she didn’t end up in her job through some grand plan or long-term strategy. She wasn’t seasoned in the military or law enforcement. Her path to her present position was less direct.

As a twenty-one-year-old single parent, she didn’t have a college degree to give her an easy foot-in-the-door to a good job. She knew she’d need to make her own opportunities. She never said, “That’s not my job.” She grabbed at any chance to gain new knowledge and skills in her work.

Shannon says she is sometimes teased about sounding like a four-year-old in endless question mode – she isn’t embarrassed to ask questions, revealing what she doesn’t know, because it is the fastest way to learn. Not being afraid to ask questions has helped her build an impressive career. So did returning to school,
despite the demands of being a full-time worker, wife and mother, to earn her bachelor’s degree in criminology and criminal justice. It wasn’t easy, but she knows that both formal and informal education are invaluable in carrying out her responsibilities.

At the start of her career, Shannon thought her accomplishments would automatically be noticed. She learned she was flat wrong. A better job was opening where she worked. A current employee would be moved into the slot. It was a perfect fit for her. She waited to be asked. She wasn’t. The experience taught her to speak up, and always let others know what she is doing and what she wants to do next.

A lot of people only apply for jobs that are like jobs they’ve had before. But when a friend suggested Shannon look outside the private sector and apply to the State of Oregon, she did. She applied for a nonsworn job with the state police in their 911 program.

She got an interview. The job had a lot of overlap with emergency management. Shannon knew nothing about emergency management, but she started to ask questions and everything she learned made her want the job more. It was like falling in love on a first date – she just knew she belonged in the job. She said so. Her enthusiasm, direct plea to be hired, keen curiosity, and skills as a quick study convinced the team. She was hired. From that first position, she worked her way up to be section chief.

Shannon feels privileged to now lead a team of intelligence analysts who make a real difference in preventing bad things from happening. Even so, she acknowledges that being exposed to extensive knowledge of active threats does change you. You need to accept trading your own innocence for the chance to help others. But when the stress of knowing more about the dark side of things than most people do gets to you, there is always a long stretch of open road on a fast motorcycle to get back to the right balance.

Holiday Message from the Center Director and Staff