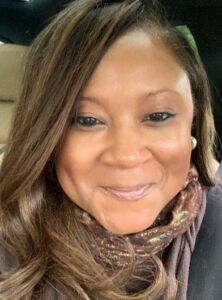 As a woman of color, Michele is aware that there are biases in the world that can impact how others see the value that she has to offer. She insists that it’s the invisible differences, things we may not see or know about other people that are a critical source of diversity that should not be overlooked. For example, an invisible diversity characteristic in her life is that her perspective and approach to work were strongly shaped by growing up as a Mennonite. This is where Michele began to experience the power and the blessing of diversity. In this faith, there is a focus on community, engagement, and helping others. Her father was a Mennonite minister and served in a small church in Michigan where the congregation was a mosaic of different races. The core values that held them together were the richness of their differences and the commonality of their shared Mennonite background; what better career to go into than Continuity, Emergency Management, and Resiliency, where assistance can be provided to a whole and diverse organizations!

Michele sees diversity as the start of a conversation. “I don’t know about that. Tell me more.” Her experience has taught her that, in general, you get more insight from more people with different backgrounds than if everyone in the room shares a similar life story. Her motto is that we should continuously strive to “give back” to help others move forward.”

Part of that giving back is sharing your ideas and making your voice heard. Early in her career, there were times Michele would have an idea but be somewhat hesitant about sharing it. Frequently, someone else in the meeting would raise the same idea to great acclaim. Instead of being frustrated, she learned to trust herself and to share her thinking.

She learned to ask herself, “Now that I have a seat at the table, what am I going to do with it?” The stakes at the tables she sits at today are much higher than in those early days, but the question still serves her well.

Michele has learned many lessons throughout her 30 years in the Continuity, Resiliency, and Risk industry, both personal and professional. When conducting training or presenting, colleagues would ask when she was going to write a book to capture some of these lessons. For years she was stuck on two chapters; about a year and a half ago, she made the decision to get serious. The result: “Lessons Learned: Short Stories of Continuity and Resilience” available on Amazon, Barnes and Noble, and Goodreads now!