With Respect, Honor, and Gratitude: Thank You Veterans 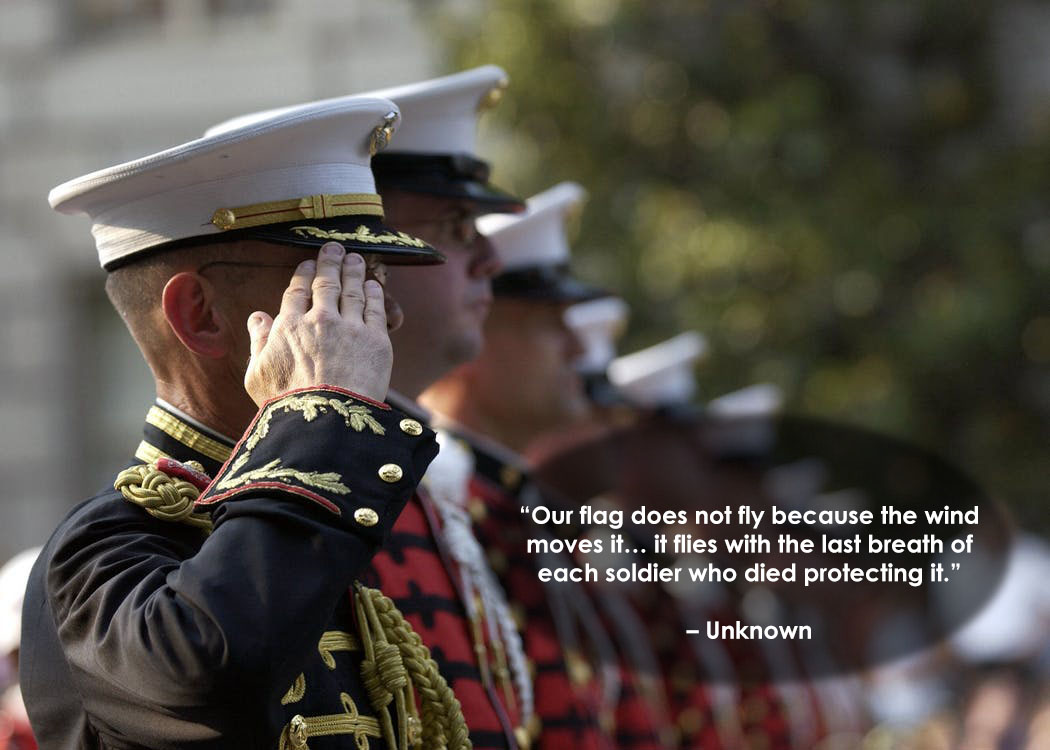 With Respect, Honor, and Gratitude: Thank You Veterans

Our Center would like to take a moment to thank and honor the men and women who serve and protect our country. This will be the first Veterans Day that we commemorate when our country is not in a war. It is so important not to take our freedom and safety for granted. We take this opportunity to thank all those who have served and made the commitment to represent, honor, and secure our way of life.

Washington State is home to over a half-million veterans and their families on seven military bases. More than 30 percent of active duty enlisted women and 17 percent of enlisted men were African American in 2016. Washington State companies and organizations now more than ever are seeking to employ Veterans in the security/cybersecurity industry, health care professionals, emergency and disaster communications, and law enforcement. With an aging workforce and impacts on loss of available employees due to COVID-19, demand has dramatically increased. Our community and technical college programs across the state are prepared to train students to enter these fields with apprenticeships and continuing education associates and Bachelor’s degrees. (see www.coehsem.com for career pathways information.) The Center with leadership from our Advisory Board (http://coehsemorigin.dreamhosters.com/wp-content/uploads/2020/12/Veterans-Day-Edition.pdf) has been actively involved in helping educate employers and Veterans to facilitate successful transitions to civilian jobs.

In this year’s Veterans Day edition, we want to introduce our readers to another great new resource with the Governor’s office. BUILD (WA Blacks United
in Leadership and Diversity) is a resource group that works to improve the experiences of current and future Black state employees. BUILD’s salute
to our state’s Veterans provided the Veterans Day Message reproduced with their permission below. BUILD (https://www.buildwa.org/) has many veterans
members serving in state service post-military careers. Would you please read this acknowledgment of our Black Veterans who are serving in our State
Agencies. Veterans Day is a federal holiday in the United States observed annually on November 11th to honor military veterans – people who have served
in the The United States Armed Forces. As proclaimed by President Woodrow Wilson, Armistice Day, also known as Remembrance Day, originally marked
the day to honor veterans. It was established after World War I to remember the “war to end all wars.” World War I, also known as the Great War, was one of the deadliest conflicts in history. During the Great War, more than 700,000 Black Americans enlisted in the military service. As Presidents changed, so did the date honoring our US Veterans until President Gerald Ford signed legislation returning the official date for celebrating Veterans Day to November 11th, beginning November 11th, 1978. This day is set to celebrate and honor American veterans for their patriotism, love of country, and willingness to serve and sacrifice.

Although treated as second class citizens, throughout America’s history, from the Battle of Lexington to the Battle for Fallujah, black soldiers have honorably
answered the call to duty, serving with great valor and distinction in America’s armed forces:

Among our BUILD membership, we have veterans serving in state service post their military career. To honor BUILD’s veterans, we asked them to share a little about their service, why they joined, and how their military service has impacted their lives.

Devon Brim, Liquor Cannabis Board, was 20 years old when he decided to join the Army. At the time he believed it would give him a solid foundation to build his life. During his eight years of service, Devon served some of that time in Alaska. He felt that his service to our military was a positive impact in his live. It gave him advantages by helping him place himself in different positions. The trials of service, with highs and lows helped Devon have the skills to overcome obstacles that laid ahead.

Rachel Markham, Department of Health, was also in the Army. At 18 years old, Rachel joined because growing up in a military family, she knew the benefits
in her adult journey. Rachel wanted to be able to take advantage of the GI Bill to secure her future. Rachel served four years. She believes those years, and her
childhood raised by Air Force parents, taught her the respect for authority and thriving in structure. Rachel says that the Army supported her growth in being an active and responsible member of the community.

Charleen Anderson, Department of Social and Health Services, was 18 years old and didn’t have solid plans post high school graduation. She was seeking
independence and a way to pay for her continued education. She served for ten years of active duty, then followed that commitment with an additional seven years in the Reserves. Charleen says she literally grew up in the Army. Charleen credits the military for exposing her to different perspectives such as people from other cultures, backgrounds, and socio-economic upbringings. Her military years impacted her culturally in a way she never imagined. Charleen gained a profound understanding that her “blackness was not monolithic.” She is grateful she learned at a young age how we are all so unique and
defined mostly by our lived experiences.

Tony Rice, Department of Social and Health Services, was a 17-year-old when he quit school and joined the Army. His brother was a Marine, and Tony would have followed in his steps, but was unable to do so without his diploma. Tony decided he would commit to the Army. And that he did. Tony served 8 years with the US Army, including spending several years of service in Germany, where he was able to have his family stationed with him. What a great experience. Tony says his time in the military formed him as a man because he was in during those adult formative years. He learned to appreciate the perspective of different
types of people. He navigated different cultures, in two different counties. Having been a serviceman, he has a great perspective of people, his strengths
and standing on his principles. He says his time in the Army and his values today make him live by Trust in God, Trust in self, and Trust in Others.

Bobby Frye, Washington Lottery, joined the Army at 19 years old. It was a family tradition and Bobby wanted to “see the world.” Being in a military family
it was also part of tradition and duty. He was excited to follow the path of other members of his family. He served for four years. During that time Bobby was
deployed to Israel, twice to Kuwait, and once to Iraq. His experience during that time taught him a strong work ethic. He learned to be a team member working
on common goals. He also attributes his years in service teaching him what it means to be a true friend. Ultimately Bobby learned about himself, what his limits were and what his limits were not.

Gus Williams, Department of Social and Health Services. Before Gus started with DSHS, he was in the Navy. He joined at 17 years old, serving for a total of 13 years active duty and Reserves. Gus comes from a military family, and he says tradition was really his call. In his years of service, Gus deployed to Kuwait, Iraq, and Afghanistan. His military service impacted his life in many ways. He says he learned who he was, his resiliency and his abilities. He learned the diversity of his team and how to work with that team.

Monisha Ramey, Office of Minority and Women’s Business Enterprises, joined the Army Reserves at just 17 years old. Monisha contributes her decision to the join to several things: 1) Her father retired from the Army; 2) She wanted to pay for her college education; 3) Service to her country; 4) Comradery; and 5) The many other benefits the Army offered. Monisha did not deploy during her 8 years in the Army Reserves. When asked how her military service had an impact on who she is now, Monisha responded “I still live my life by the Army Core Values: loyalty, duty, respect, selfless service, honor, integrity, and personal courage.”

Fred Wade is our longest serving Veteran that contributed to this article. Fred joined the Air Force at 17 years old. He wanted to be of service to his country, get an education, and see the world. That Fred did for sure. He served 30 years with the Air Force, deployed for a total of 15 years to various overseas tours. When asked how this played a role in who Fred is today, he replied “it shaped my values, discipline, leadership, and made me who I am today.”

In honor of all Veterans who have served our country for more than two hundred years — thank you all! Thank you this Veterans Day and every day for your selfless service. You are invaluable to our communities, this country, and the entire world!

Daisha Gomillion, Department of Social and Health Services. As a brand-new college graduate, Daisha Gomillion joined the Army at 26 years old. She knew
it would help her pay of those student loans, and possibly give her direction on her next steps. During her six years of service, Daisha spent nine months in Port-au-Prince, Haiti after the 2010 earthquake. Her years in the Army created new lifelong friends. She built leadership skills that have influenced who she is to this day. Daisha now works at Department Social and Health Services as the Business and Infrastructure Administrator.