On Keeping A Grip

On Keeping A Grip 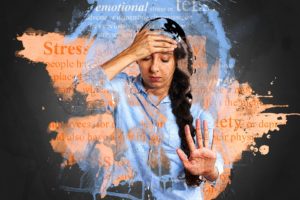 This topic is challenging for an untrained layman (like me). Still, expressing oneself is said to be therapeutic. Here goes:

In 2005, as the survivors of hurricanes Katrina and Rita found refuge in other states, Washington State began to search for locations to house potentially thousands of people with many critical needs. Among the sites that could have been quickly converted to temporarily house survivors was a wing of Western State Hospital.

There was immediate pushback from some of our local colleagues.  Apparently utilizing a hospital-like setting to temporarily house survivors whose lives had been turned upside down and who needed a place to regroup would “stigmatize” those survivors, at least in the minds of those narrow-minded (but otherwise reasonable and competent) local officials.  As it happened, the facility was not needed.

That episode illustrates that even among supposedly responsible people there lurks the notion that there is something shameful about any association, however obliquely, with mental health.  At best that is short-sighted. At worst it is a self – deception that can lead to needless tragedy. During any crisis of long duration, the emotional and physical stamina of responders is a major priority for any emergency manager: taking care of ourselves so we could take care of those with whom we work is much more challenging. And we, unlike most of our citizens, signed up for this type of role.

Financial, professional, personal and health anxieties clearly trouble many of us. Though we may react to these pressures in different ways, few of us are exempt. We see the news reports of dedicated healthcare and response personnel who have “broken” under the stress of the pandemic. The burden of   caring for others, while caring for themselves became unendurable.

Technology has become an increasingly important asset in maintaining a healthy psychological equilibrium. With work relationships suspended; interactions with co-workers are limited, except where technology allows.

Beyond work relationships, the pandemic’s influence on our psyches is increasingly evident in the concern one feels about the virus’ intrusion into the health and lives of those we care most about. Oddly, as we hear that people whom we know have become ill, or worse, have succumbed, we become aware that the list of those whom we care about was a lot longer than we suspected. And that is distressing, too.

Daily “prompts” about infection and death counts feed an increase in anxiety and one’s sense of impending disaster. There are regular reminders of the emotional toll on health care workers and other frontline responders. You can find a media outlet to make you angry and depressed about the government’s restrictions on normal activity, or one that reinforces angst that nowhere near enough is being done. Motorists are driving more recklessly, with more rolling stops and rapid lane changes at higher than even normal speeds. The pandemic’s subtle negative impact can be seen everywhere.

Other, more visible examples of stress inducers, however well intentioned, abound. Advertisements constantly remind that you can still buy a car, order a sweater on-line, and that “we” are all in this together. Inspirational messages with just a hint of marketing intent (like the slowly building applause for our frontline responders) while initially moving and heartwarming are becoming depressingly repetitive. I mean, we get it!

Not as well-intentioned are our boorish, constitutionally illiterate fellow citizens who think it is ok to wave weapons at lawmakers, or risk everyone else’s health to feed their appetite for displaying their own irresponsibility and lack of humanity.

It is futile to attempt to ignore these inputs completely, although the mute button and some good books help. The media must chronicle these events, and as citizens, we should be following the news.  In addition to constantly bombarding our emotions with tragic vignettes, can’t just one 10 – minute news block be devoted to what else is happening in our world?

At some point, we will need to recover. Following other “physical” disasters, the absence of a planned recovery system usually results in a scramble for jurisdictions to return to as much “normalcy” as is feasible, given whatever devastation has occurred. The mental health of those affected in such cases is still a concern, but healing seems less challenging because at least the ground has ceased to move, or the wind has ceased to blow, or the fires have been suppressed. There is a reason to believe that the danger has passed, so “let’s get things back to where they were before” has real appeal. “Rebuilding” seems possible.

COVID-19 is different. We do not yet know where “it” is, or where or when “it” will reappear, or if additional mutations will continue to confound our health system and attack our collective sanity. But we should know enough to prepare for what comes next, before “next” arrives.

We are not helpless, in any case. It may be possible for a more stable transition to the new normal that we only speculate about now. Fear of the unknown is far more dangerous to mental health than is candid confrontation with a new reality armed with thoughtful plans, and the collective wisdom of us all.

Planning for our future “normal” while experiencing the present can help us remain healthy.  Being uncertain is no disgrace, being fearful and anxious right now seems more like a sign of sanity. “Look thoughtfully ahead” is this layman’s therapeutic recommendation.