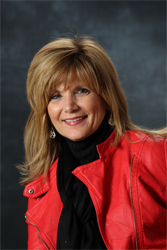 When someone retires, a common comment is that they are starting a new chapter in their lives.

Most of the time, people are secretly certain that the coming chapter will be less interesting, less challenging, and less important than the work-life the person is leaving.  But people who know Mary Kaye Bredeson are secretly certain that her track record of reinventing her life in wondrous ways will continue, and whatever comes next is sure to be as remarkable as what has come before.

As the eldest of seven children in a Catholic family, Mary Kaye had ample practice for her parents’ role assumed she would embrace one day – that of wife and mother.  They were right that Mary Kaye would find being married and having a family a central joy in her life.  What they hadn’t expected was that there was another role Mary Kaye would decide on as well.

In the late 1960s, when she was in seventh grade, Mary Kaye’s career day choice was to interview a male police sergeant.  Most young girls in this era had never seen a female police officer.  But the interview led Mary Kaye to make up her mind to work in law enforcement. She did have to wait until the height requirement in Washington – officers had to be at least six feet tall – was changed!

Mary Kaye was the first female to get through the law enforcement physical agility test given to applicants for Lynnwood and several nearby cities.  She was the first female to pass the full screening for the Lynnwood police department.  It wasn’t easy in 1978, being a twenty-two-year-old and the first female officer for the City of Lynnwood.  While many of her fellow officers mentored her, others refused to ride with her. Mary Kaye followed her values.  She treated everyone, including suspects and resistant colleagues, with respect.  Mary Kaye maintained her femininity, keeping her blonde hair the length; she liked it and never felt she had to change who she was.

She gave 110% to the job.  She learned all she could learn about police work. She made sure she was a top marksman. She decided she’d make herself such a good officer that even the men who didn’t believe women should be in law enforcement would want her as a partner.  And she baked treats and brought them to work.  It all contributed to making her an accepted and respected member of the force.

Life changed.  She married a fellow officer. They had their first child.  She returned to work when their daughter was eighteen months old.  They managed.  But with her second pregnancy, Mary Kaye considered the consequences if she died in the line of duty.  The price was too high.  She resigned from her job to ensure she would be there for her children.

What would you expect this woman who’d broken ground in an almost all-male occupation would do next?

After years at home with her family, she built on her love of style, feel for fashion, and excellent people skills to become a top performer personal shopper for Nordstrom’s.   No doubt the first former police officer in that position!

Mary Kaye explained that she looked at work opportunities based on what her family needed. She chose jobs based on what would be the best fit between her priorities and the available options.  Her work life covers an impressive array of positions.  It is a reminder to others trying to juggle work and family that it is possible to make it work.  It may be no easier now than it was for Mary Kaye.  It takes energy, creativity, flexibility, and a passion for life-long learning!

After nearly seventeen years as Executive Director of the Center of Excellence for Aerospace and Advanced Materials Manufacturing, Mary Kaye is off to a new chapter in her life.

There is no doubt that she will continue to have significant influence in whatever comes next in her life. 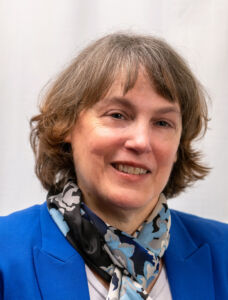