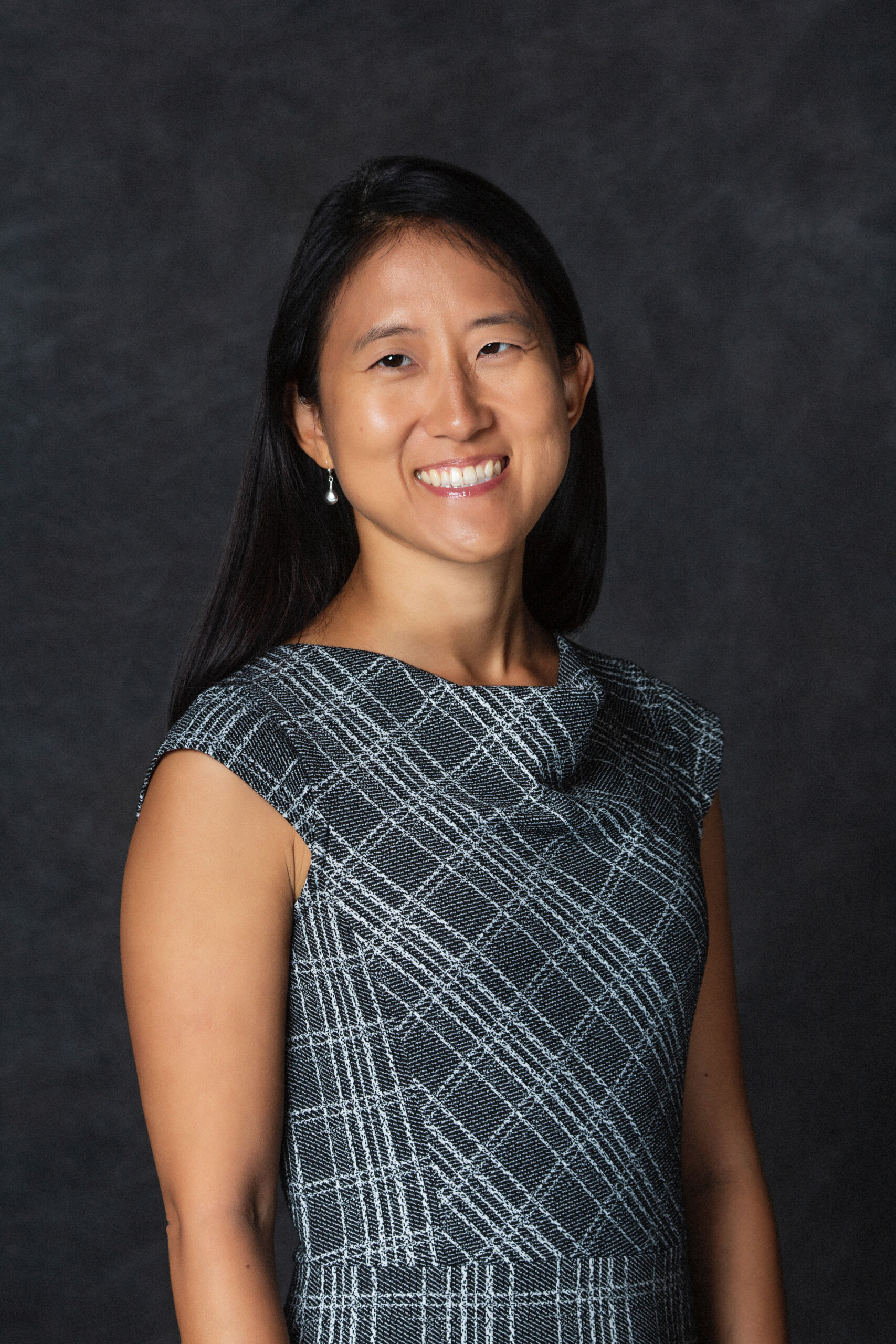 Linda Crerar: We are delighted to see your nomination. Can you tell me just a bit about the person that nominated you?

Mikaela Hagberg: David Manly. He is our safety officer for Airlift Northwest. And I want to say he’s been in that position for two to three years, and it could be more time flies by so quickly, and he’s just a phenomenal human being. The passion about safety in our organization. If he ever decides to move on to, you know, bigger greener pastures, I don’t know how we could fill his shoes because he’s thoughtful and insightful. He is very organized in his decisions and takes the time to listen to you.

Linda Crerar: Well, David was impressed with you and wanted to acknowledge you out of those 120 nurses. Who inspired and mentored you along the way, and how did they shape the person you are today?

Mikaela Hagberg: I have been very fortunate to have had a lot of different mentors through different stages of my life. But most notably are my friends, Mike and Pat McCoy. They were foundational in transforming me into who I am. Mike, who unfortunately did pass away in 2014, was very influential because he was
very subtle. He would say things such as, “Hey, I really think you should do this.” When I was in my late teens and early 20s, you think that you have all the time in the world. You have no fear because you have nothing to lose. He is the one that introduced me to disaster medicine and disaster management. Mike and his brother, Pat, were some of the founders of the current team.

Our team originally was called the international medical surgical response team. We had three national teams, out of Boston, one out of Miami, and then one team out of Seattle. Then, depending on where you live within the country, you attached yourself to a team that has grown into one national team that I am a part of. When I first became an EMT, I was ready to join the team. Mike said, “Okay, we’ll wait until you’re a nurse.” He said this is a government job, and there’s nothing more challenging than switching roles in a government job. He said, “You’re applying to school.” So, I followed his advice.

Right after Haiti happened is about when my application process was completed. The rest is history from there, a lot of trainings a lot of other different conferences I attended and then with COVID, my opportunities to deploy ramped up.

Back to your question. Mike just gave his advice whether solicited or not, but in a way where I always knew that he was looking out for my best interest. He always saw me more than I saw myself. He always saw my potential. I missed that man and I value everything he taught me and guided me. Seeing people’s potential is a wonderful gift to have.

Linda Crerar: That is great that you brought that up as an example of people who were your mentors and helped you see that you had a gift to give way beyond your years and into the future. So in looking at your education background, you said you were an EMT first and then went on to nursing. So it may not be a which was more valuable or less, but which has been the most important for your education or your experience, and I suspect it may be a little of both. But
can you expound on that a little bit for me?

Mikaela Hagberg: Yes, I would say that both are very important at different times. I wouldn’t have had the experiences without the education, whether I have gone through EMT school or nursing school. Having those certificates and that degree has opened doors and allowed me to have the experiences. That being said, we all know that school doesn’t teach you everything that you can learn. So there are moments in which, regardless of my clinical setting, I’ve said, oh, the school didn’t teach me this, but it gave me a good foundation, taught me how to ask good questions, taught me to be curious and thoughtful, and helped
my critical thinking. As I’ve had more and more experiences, I continue to draw and build on them. So I think at this point, I’ll say a decade I’ve been just drawing on more experiences that have been transformational for me. I’m looking back now that I’m in graduate school, getting my master’s in health administration to take that next step of my graduate degree.

Thinking about a broader, you know more 10,000, foot view and learning things that are not necessarily come organically to me, medicine is always, I don’t want to say easy, but come naturally to me, versus finance, accounting statistics, and whatnot. They don’t, so I’m; I’m basically now learning a different skill set, and I look forward to taking that foundational skillset and then using it in the future.

Linda Crerar: What are the lessons you have learned from your education and experience that have helped with your work in life?

Mikaela Hagberg: I would say, especially over two to three years, it’s realizing that you are capable of more than you think you are. With my job as a flight nurse, and then with the missions I’ve been on with my disaster federal disaster team. You think that you’re only capable of “x,” and it turns out you’re capable of so much more than that. You’re willing to challenge and put yourself in a different position that maybe you don’t have formal training on, but the situation requires that you step in and fill that position.

I think I’m always amazed at myself and what you can get through. It’s not the single thing of, “Oh I did it by myself,” but people. When you surround yourself with really incredible people, those people also help coach you and mentor you, and you do the same for them. I think that’s what has helped also be successful is that collaboration with your teammates, and everyone making sure that you are successful because it will all be there at some point in time.

It’s hard to stay positive and focused without having people around you that can help you talk through and work through those things. And I think part of it too. So many times, I think, whether you’re at healthcare, or even if you’re working at a grocery store, especially with the pandemic, everyone’s been faced with things like this. It was not what I signed up for, or this is not the risk I signed up for. I think, as a society, we found ways to continue to function and accomplish things and that’s been incredible. It’s been a huge strain and very challenging, but I think it just shows the amount of resiliency. I hope that people can continue to do self-care. This may seem like an oxymoron because we’re definitely in the marathon and not the sprint.

Linda Crerar: Where do you hope to go in the future, and where do you wish to go with your further education?

Mikaela Hagberg: Part of what I also do with Airlift is I would outreach coordinator, in which I work with rule marginalized communities to help you understand their limitations. I would also provide education, liaise with them, provide all the training metrics, and then ultimately, yes, things they may need to the best of our ability. Over the eight years of doing that, what I realized is that I enjoy and love making sure that people have that access, and there are all these ideas I have. I’ve learned that I want to have more and I want my voice to shine and matter. I say that I want to be one more of the decision-makers and make sure that these communities have that. And I do believe that I have that, at the level I am at currently. I know that if I want to have more influence over those decisions, I need to position myself better. I’m still exploring all of the options that come with executive leadership, but I do know that I want to be in a more formal leadership management position within my organization at airlifts. I would also like to have a more formal leadership role with my disaster team, whether that’s as a deputy team commander or as a team commander will later on down the road. Obviously, both have very high commitments. I have had a lot of experience managing large groups with my disaster team and project management with my outreach role. Those are my very loose goals that are not super granular yet. I still feel like I’m at a mid-point my career where I’m mainly looking to open up doors and say yes more often. Historically, I’ve been good at communicating. I’ve allowed myself to miss opportunities that could have been great. Going forward, it’s not that I’m going to say yes for everything, but consider it more closely than maybe I have in the past. Is it something close that would get me to where I want to be, or is it perhaps even a just different kind of opportunity that would still be valuable be fulfilling for my work?

When I sit and reflect on all the work needed to sell yourself so that grad school will even take you. Whether you’re applying for scholarships, that idea of representation is what I’ve been missing in my life. I can’t think of any Asian American woman who has mentored me throughout my career. But I am not being dismissive of those who have chosen to invest their time. I’m very thankful and fortunate for every individual who has looked at me and said, you have potential you should do “x” to fill in the blank.

I wonder what my path would have been if I had more examples of Asian American women or people of any diversity that I could look at and see myself in. That’s also been a huge motivator for me in what I want.

I’m a first-generation Korean American, and I’m also adopted. As an adoptee, woman, and immigrant, I want people to look at me and say, “Oh, I identify with her and that I can do whatever it is that they want to do.” I think that’s important because people need to see themselves and understand that the opportunity is
there.