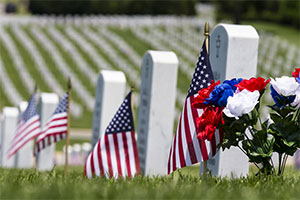 The passing of Terry Egan on July 3, 2017 merits special attention. Too often great emergency managers at all levels are relatively unnoticed in life, their contributions to the safety of the public seemingly taken for granted.

Terry served under me as Planning, Exercise and Training (PET) Unit Manager at the Washington State’s Emergency Management Division.

I’m in Terry’s debt for a number of reasons. I gave him some tough assignments, and he delivered. I probably gave him a lot of anxiety and frustration at times, as some bosses often do, but Terry loyally and professionally persevered. He gave me unvarnished advice, some of which I took, but never questioned a decision once it was made (on occasion, long afterward, he would reminded when he had been right, and not me, but that reminder was always offered in private – one-on one).

The people of this state in large part do not know it, but they, too are in Terry’s debt. It was Terry who spearheaded the training of local responders in the mechanics of the Emergency Management Assistance Compact (EMAC), so that teams of qualified people could be dispatched to other parts of the country which were experiencing major disasters. And the states that received assistance from our EMAC teams will come here, to help us when we really need them.

Terry argued relentlessly for the adoption of Intrastate Mutual Aid, over the objections of some myopic local emergency managers who were only willing to help a neighboring jurisdiction if the state would pay the entire cost. He also had to overcome skeptics, not infrequently including me, who thought the “timing” was wrong to push for such a significant policy change. With the indispensable help of the Military Department’s legislative liaison and many others, that intrastate mutual aid legislation passed and has been employed on numerous occasions. 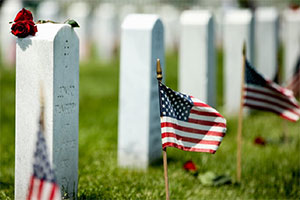 One of Terry’s finest accomplishments has gained no notice whatsoever, because the “worst case” never materialized. After the March 2011 tsunami struck Japan, with the subsequent meltdown of a nuclear reactor, we in EMD watched with dismay as the as tepid federal explanations and a few publicity -seeking individuals fueled a burgeoning panic that the radioactive waste from Japan would ultimately deposit “hot” debris upon Washington’s shores. Denials that this posed a safety risk seemed only to pour kerosene on the flames of public anxiety. Someone with organizational skills, excellent public relations capability, and credibility with both the public and federal, state and local officials was needed. Terry was the logical choice: before I could assign him he said “I’ll do it.”

Under Terry’s leadership, the combined forces of local, tribal, state and federal government, including radiological experts from other states went to great lengths to demonstrate that was no cause for alarm. As debris arrived near our beaches it was intercepted, tested and cleared as far as any potential health and safety threat.

EMD often received direction to lead or coordinate critical situations that one would logically expect other, statutorily more appropriate state agencies to lead. As Terry began to “bootleg” other talented staff in his Unit away from regular, important duties, I asked The Adjutant General, my boss, if he could ask the Governor to let us merely support but not lead the effort. In response, I was told that it was determined that we (in this case, Terry) would stay in the lead because “EMD won’t screw things up.” We ultimately were able to conclude that effort, having averted a public relations disaster that would have undermined the public’s already shaky trust in state government.

Those who observed Terry during his Unit’s excellent performance with Alaska and British Columbia emergency management colleagues during the 2012 Evergreen Earthquake Exercise Series know how committed he was to the mission of emergency management within FEMA Region 10.

Nationally, he was very influential in shaping the development of the Emergency Management Assistance Compact (EMAC) which is the agreement among states to help each other in time of disaster.

Those that are newly arrived in our field may not know much about the giants on whose shoulders they now stand. No one, including Terry, would have made the case that we were perfect. Even giants knees buckle a bit, once in a while, under the heavy load they carry. But, giants, like Terry Egan, always kept their feet, and the state of Washington and the states and territories of our nation were the beneficiaries of his efforts.

The emergency management community (past, present and future) and the public would do well to pause to acknowledge this aggressive, dedicated, and highly effective public servant.