For years, emergency managers have lamented the public’s tendency to delay the acquisition of essential supplies. Food and other daily necessities are typically not maintained beyond a brief time frame. That quick run to the store at 5pm is just one manifestation of this tendency. People put off preparing their wills as if they must see the end coming before they lock in the disposition of their assets.

This is not a particularly new phenomenon. In fact, it’s a human reaction to put off for tomorrow what you could proactively do today. Perhaps no greater example of a “just in time” philosophy is captured in the legend concerning the emperor Charlemagne; apparently having no illusions about the consequences of his rather dissolute lifestyle, he was reputed to have demanded that a priest always be nearby to give him the last rites of the Church before he died – it must have seemed easier than altering his behavior! But, not everybody can be an emperor!

Community preparedness recommendations have altered over the years. For much of my time as an emergency management director, “three days” was acknowledged as the minimum requirement for emergency supplies in one’s home – the assumption being that it would allow sufficient time for government services to be reconstituted following a major disaster. That has changed as analyses of the likely disruptions from a catastrophic earthquake suggest a minimum emergency supply of two weeks before some semblance of normalcy could be restored.

What are essential supplies? The pandemic may have provided a glimpse into what merits inclusion on one’s list of “essentials” – toilet paper, vital prescription medications, etc. now seem pretty important! Many people experienced a shortage of something they realized that they really needed during this pandemic. Going out to the store for an item was suddenly not just an annoyance; it constituted, for some, an unnecessary risk. We could and should consider the pandemic a real-life disruption experience in many ways. We became acutely aware of the value of workers at the grocery store, medical personnel, and others in the public and private sectors that we previously may have taken for granted.

It cannot hurt to take some time, as the pandemic recedes – and even if it does not – to capture some of the lessons we ourselves have learned – we can call it an Individual After Action Report. Of course, that reflection should lead us to rethink our readiness for another, perhaps different disruption, like that BIG earthquake that is pending on Mother Nature’s time clock. That reflection might lead to the development or refinement of an Individual Self Improvement Action Plan, which might include not only how you can take better care of you and yours but also those around you.

Reflecting on events one lives through, like the pandemic, can reveal the extent of your resilience but can also provide a glimpse of where you remain vulnerable – perhaps just in time? 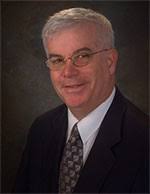