“Us” and “Them” – Emergency Management, Once Removed, November 2018 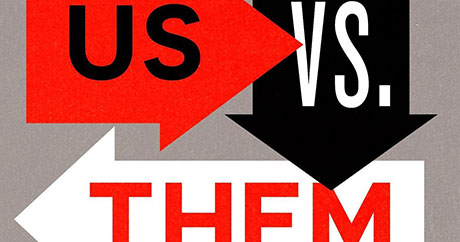 It’s not uncommon for individuals or organizations to attempt to elevate their own standing by demeaning the contributions of others. In the long run it’s a losing game. Those that employ “us” vs “them” as a tactic can only inflate their own capabilities so much before the gaps in their capabilities are exposed. In the meantime opportunities for advancing the values of a profession, an organization or even a nation are deferred to the detriment of all.

As we established a credible Seattle emergency management operation basically from scratch, we encountered resistance and resentment from neighboring city and county jurisdictions. Over time that resentment proved unsustainable as my staff’s contributions to regional planning in preparedness, response and mitigation became evident.

The Homeland Security Grant Program and the targeted Urban Area Security Initiative (UASI) also helped break down “us/them” divisions in our state, but even with federally mandated joint planning and collaboration it took years for a collegial and fair approach to be the objective of all participants.

As state emergency management director, I encountered fierce, unprincipled(in some cases) opposition from local colleagues as I attempted to rally the state’s emergency managers to help restructure the funding formula for allocating federal Emergency Management Performance Grants upon which the local emergency managers across our state depend for maintaining their efforts. The large jurisdictions were initially unwilling to share federal dollars more equitably. In the end, the larger jurisdictions capitulated, and a fairer allocation system was instituted.

A unified educational effort in the legislature might produce a statewide emergency management fund that would lift all emergency management organizations in the state. The refusal of Washington State Emergency Management Association (WSEMA) leaders to link local and state emergency management interests during the critical legislative sessions a few years ago doomed any prospects of success during difficult financial times. It might be time to try again.

Who benefits in an “us” versus “them” environment? Perhaps, only those decisions makers that wish to avoid consideration of new ideas, new challenges, new appropriations. Who loses? Just about everybody else. The result: lost opportunities to educate decisions makers about the necessity of seeding new programs and adjusting to emerging challenges.

We are dismissive of the private sector at our peril. The private sector represents about 85% of the state’s economy. We may speak a somewhat different professional language, and possess a different bottom line, but we share the same post disaster goal: a return to a normalcy that allows the social and economic equilibrium to be restored. Together this collaboration will allow for a bigger fist to pound the table; and get US closer to the day when we recognize no THEM.