Then and Now – Emergency Management, Once Removed, September, 2016

Then and Now – Emergency Management Once Removed

The 15th anniversary of the 9/11 attacks is this month. The terrorist attack on the Pentagon, and the Twin Towers was shocking, and the anthrax attacks thoroughly spooked the national media and Congress. Concern over natural hazard risks receded, super-ceded by a relentless spending frenzy to combat terrorism. Mistakes were made. What will happen next time? 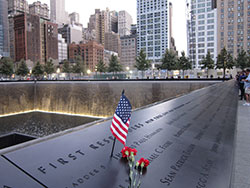 A false narrative peddled by the federal Administration impugned local and state emergency management professionals and their capabilities. This view allowed the bypassing of existing (and mostly effective) emergency management protocols in favor of “national experts” drawn from the ranks of the Departments of Defense and Justice, and the major consulting companies. Many of those “experts” were sorely lacking in their understanding of the differences between and among various states’ constitutions, and also the prerogatives of local governments. Now required to “swim” in the unfamiliar local and state waters, they were quickly out of their depth. The “wheel” was re-invented, many times over.

Congress, determined to appear decisive approved special funding without insisting on an analysis of the readiness gaps that might have directed those funds. Thus, the wasting of precious time began. Here are a few examples: 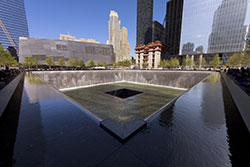 Professionalism of emergency managers is now a priority. Educational programs for current and future emergency managers are developing solid curriculums. If challenged again, we should be better prepared to make rational, data driven efforts to support a coherent national response that is consistent with our national values. Our reaction to future attacks should draw on where we have stumbled in the past, avoiding the inclination to embrace the politics of the moment. Among other things, that means retaining a balance between preparing to deal with terrorism and natural hazards.

We’re human; mistakes will always occur. But, in the words of a distinguished longtime emergency manager from our state, “it’s not that we make mistakes, it’s that we keep on making the same damn mistakes”! It’s been a long journey from THEN to NOW – have we learned anything?