Each year, National Emergency Management Association (NEMA) holds a midyear Issues forum, typically in Alexandria, Virginia. It’s a good opportunity to check on the major issues and challenges confronting emergency management, and since this is a presidential election year, it affords an opportunity for the nation’s state directors of emergency management to interact with representatives of viable presidential campaigns.

Campaigns and One Step Beyond 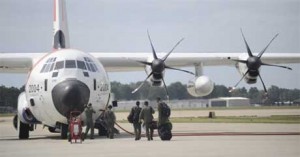 NEMA forums are characterized by often intense discussions of issues that affect the people of the 50 states and several territories. NEMA has for some time invited senior representatives of current Presidential campaigns to meet in executive session with the state directors: as a Past President I am entitled to join them.

The new President will confront many demands and appeals for support from various quarters. The senior representatives from the Presidential campaigns were prepared, displayed knowledge of NEMA’s issues, and were receptive to working with us in a collegial way. All had access to a NEMA issues paper well in advance. All were authorized to speak on behalf of their respective candidate: none showed any reluctance to express the campaigns’ positions. And, below are some observations based on what I heard and gathered in discussions with colleagues:

Emergency managers at all levels must promote greater understanding of the importance of a balanced attention to natural disasters and homeland security initiatives. Elected officials need to start planning now how they can most effectively invest their dollars as well as collaborate with their counterparts to ensure transparency, flexibility and accountability even if funding levels decline. Given the prevailing mood among members of Congress about the cost of disasters, and the growing lack of confidence, real or contrived, of the public in government’s ability to function, we must realize this is everyone’s fight: during a disaster we aren’t Republicans or Democrats or Independents or Libertarians or any other element – we are in the end human beings facing a daunting common challenge. That commonality is being sorely tested in our political discourse these days. In the midst of the demagoguery and toxic political rhetoric it remains the obligation of emergency management leaders – to lead.