Olympia’s Indifference to Earthquake Prep Could Kill Us All

by coe1
Comments are off

Olympia’s indifference to earthquake prep could kill us all 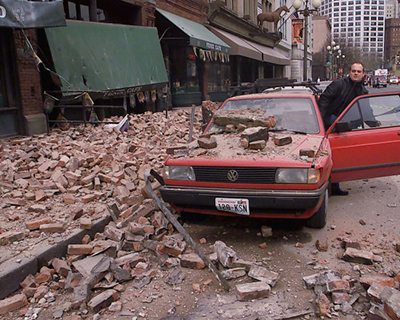 From President Donald Trump’s State of the Union speech to reports on the shortcomings of U.S. bridges, this is a week when critical infrastructure is in the news — and when people and organizations argue for more funding for that critical infrastructure. The term “infrastructure” immediately conjures up images of bridges, roads, dams, ports and airports. But what we don’t have today is a functional earthquake early warning infrastructure or leadership from Washington state elected officials on the subject of seismic public safety.

There are many nations — some of them tiny in comparison to us — that have been fielding earthquake early warning systems. The list includes the likes of Mexico, Korea, Romania, Taiwan and Mongolia. Then there are nations like Japan, which is spending $1 billion to improve its seismic warning system, and China, which is installing a $300 million system that last August gave people in Chengdu 71 seconds of warning before a quake.