Emergency Management and Homeland Security: Which Is More Important? 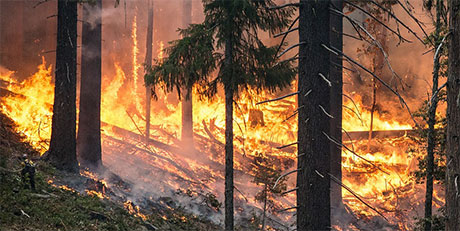 Natural hazards, perhaps because they come and go and soon slip from public view, does not have the “sizzle” terrorism provides for politicians and public safety interest groups. Emergency management’s methodical approach to prepare for, mitigate, respond to and recover from any number of threats to public safety is not bombastic enough, nor attention-sustaining enough, to meet demand of politicians, media and many in the general public for a “problem – raised, problem-solved” approach.

In an earlier blog, I’ve discussed some of the issues and motivations surrounding the Congressional fixation on counter terrorism, to the exclusion of other, serious hazards that we face.

When the term “homeland security” first made its way into the official language of government after 9/11, and the sprawling Department of Homeland Security was created there were legitimate question regarding the new agency’s scope and the relative standing of other known hazards to the nation. To solve that, or at least shelve the discussion, the new Department absorbed under its authority more than 20 federal agencies. At that time, serious emergency management leaders questioned the wisdom of establishing such an unwieldy structure, fearing, correctly, that allowing antiterrorism concerns to dominate natural hazards concerns was unwise.

The post 9/11 attention on anti – terrorism overshadowed Congressional interest in the all hazards mission of emergency management. People within the emergency management community, who should have known better, speculated whether emergency management should change its name to better compete for federal grant funds. Academicians, many of whom probably did not know better, lectured professional and student audiences on whether emergency management was even “relevant” any more. This “what’s in a name” discussion was carried on parallel to a single-purpose initiative of the federal government to emphasize the more topical, politically more powerful potential of a terrorist attack, highlighting the federal government’s proposition that preventing such attacks warranted virtually ignoring other hazards that presented themselves more frequently and often with greater social and economic impact.

All of this made emergency managers very uncomfortable. The overemphasis on diverting energy and resources from natural hazards to human-caused hazards was not reversed until the debacle of Katrina/Rita, where the Department of Homeland Security’s feckless (yes, there is an appropriate context to use that word) internal weakening of FEMA led to a tragic and inadequate response throughout the federal government. While DHS’ leadership avoided censure for its role in the internal demolition of FEMA’s capability pre Katrina, the restoration of an all hazards approach began to occur out of the mess they made.