Earmarks: Love ‘Them, Hate ‘Them – Emergency Management, Once Removed, February 2018

Earmarks: Love ‘Them, Hate ‘Them 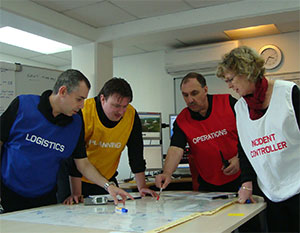 The President recently raised the prospect of “bringing back earmarks” as a legitimate negotiating tool.

Reform-minded persons in both parties view earmarks as “deals” that often undermine the allocation of resources based on merit and importance to the common good. Once an accepted practice in Congress, it is now largely out of favor.

The National Emergency Management Association (NEMA) has steadfastly opposed the practice of using earmarks to allocate resources in our discipline. Earmarks tend to pit states and their elected representatives against one another, thereby undermining the unity that professional associations like NEMA must nurture to be effective on a national level.

As an officer of NEMA, I found myself in a very delicate situation more than once. While representing NEMA I was part of a delegation that frequently expressed our Association’s legitimate disdain for the practice of earmarks, only to be asked “why” Washington State’s Emergency Management Director would oppose earmarks my Governor and even my own boss regularly pursued with our state’s Congressional delegation. Responding to my overseers was not easy, at least not in the abstract.

However, two specific earmark issues that surfaced in the competitive Hazard Mitigation Grant Program (HMGP) provided illustrations of my reasoning in opposing earmarks for emergency management purposes. To meet eligibility criteria for HMGP a project proposal must first be certified by the state’s mitigation experts, then must acquire approval in a separate federal review. Even then, worthy projects may not be funded simply because only a finite amount of federal money is available. In one instance, a pet project of a powerful member of Congress was well below the line of eligible projects. Happily, another project within the same district met all the criteria, and it was deemed worthy and that assuaged that member of Congress. In another case, in another part of the state, a different member of Congress lobbied for a specific earmark to expand an Emergency Operations Center of a specific fire agency. Seems reasonable, except the intent of the applicants was clearly (if Congressional staff had bothered to read the proposal or ask state emergency management for their advice) to expand the size of that fire department’s garage. That county’s EOC was located elsewhere!

Pointing these deficiencies out is also a delicate process. There are only so many times where one can tell Congressional staff that they do not know what they are talking about without umbrage being taken.

Of course, there are “good” earmarks. Congressional personnel can cite many instances where their intervention with an earmark saved a worthwhile program.

My conclusion, and readers are welcome to theirs, is that it is better to allow budget decisions, and who sponsors them, to be as transparent as possible. When special “add-ons” or “carve outs” (bribes?) are permitted, budget allocations and prioritization of limited resources run the risk of being corrupted. Emergency managers are best advised to counsel against the perversion of deliberative legislative processes. Resources may always be limited but maintaining the integrity of the allocation process is critical to the wise use of available funds that do come emergency management’s way. There continues to be a very real trust deficit between the people and their government; restoring earmarks will only add to that deficit.