The Difference Between “Good” and “Great” – Emergency Management, Once Removed, January, 2017

The Difference Between “Good” and “Great”

A reporter recently asked me this question: With all the information that is available to government officials about seismic vulnerabilities, why is very little ever done about it? 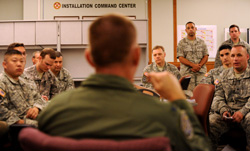 The answer to the reporter’s very legitimate question is the difference between having good leadership and great leadership in government. The governors and mayors I served were all “good” leaders (and good persons) who cared about doing their jobs effectively for their constituents. Very few were “great” leaders who supported looking “around corners” for the next crisis before it happened; they were consumed by the challenges of the present. Those few promoted proactive thinking by their subordinates, and were rewarded with very satisfactory results. “Great” leaders, like the best emergency managers, are not paid to be satisfied with conditions as they are: they have to be focused on the next challenge, not merely the ones currently confronting them.

Most emergency managers want to be proactive and identify and address gaps before they become serious problems in a real event. “Anticipation” versus “reaction” in emergency management is often cited in connection with hockey great Wayne Gretzky’s comment that one should “skate to where you think the puck is going, not where it has been.” All too often time and energy is expended trying to prepare for the last disaster and not paying attention to potential future events. This leaves proactive emergency managers skating on very thin ice.

Most elected officials and their staff, both legislative and executive, are reactive in their approach to governing. The difficult aspect in government is that some issues need to be tackled in advance, when hardly anyone is concentrating on the consequences of what could happen. Seemingly most times the “crisis of the moment” takes immediate precedence for elected leaders and their staff. For example, it is argued that until the school funding issues are resolved, critical investments in initiatives like seismic safety must be delayed? That is incredibly, dangerously short-sighted. 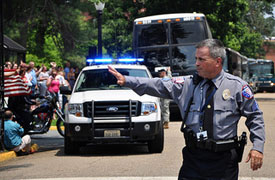 At state government I seldom saw “great” leadership on seismic issues above the department level from the legislature or executive, despite the Resilient Washington document, the Evergreen Exercise Series After Action findings in 2012, or even Cascadia Rising 2016, not to mention the many reports that lit the way preceding those efforts. All were diligently designed, carried out and evaluated, but only limited legislative and executive energy has been released in response.

Some crisis is always more immediate, more important. Reporters will justifiably ask post – earthquake, in retrospect, just what was so important that the science and the exercise critiques could be relegated to the back burner?

Washington State EMD is full of proactive professionals, and so are other state agencies. All they need is “skates” and some thick ice that gives them the chance to reach and even get ahead of the “puck” they are chasing. Despite the other areas where “greatness” is required, and sometimes attained, “great” leadership on seismic issues cannot be deferred much longer.